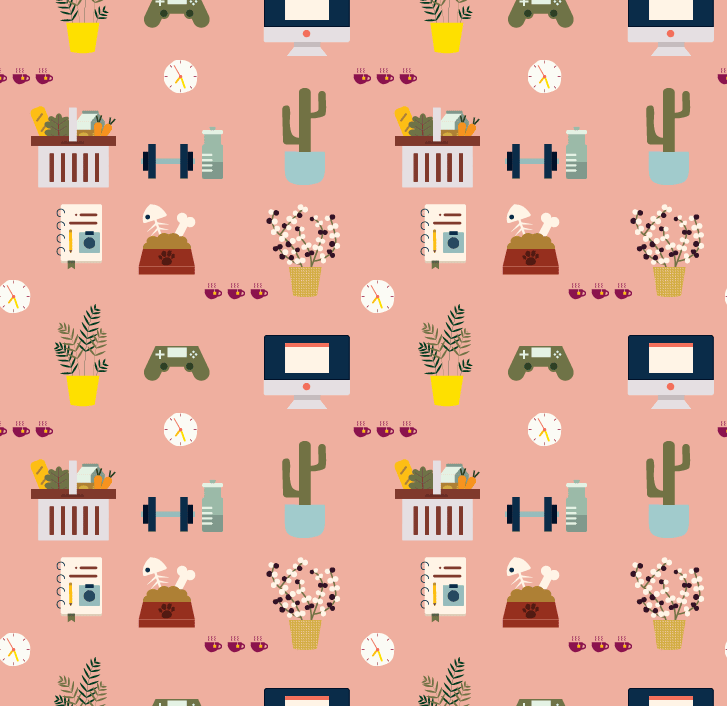 Day in the Life

A Day in the Life: Aji Slater

Ever wonder what it’s like to work at Tandem? In this series, we’re taking a peek into the everyday life of Tandem’s product designers and software engineers.

Lately I seem to be waking up a small handful of minutes before my alarm goes off. As much as I would appreciate those couple minutes of bonus dream time, I hear that’s a good sign that you’re getting enough sleep so I’ll take it as a win and leave the covers. The first thing I do while I regain full consciousness is certainly not to reflexively check Instagram. Nope. Not at all. Definitely not, who told you that?

The dogs need their food and bathroom breaks; Henson can’t wait to get outside and ‘read the pee-mail.’ I used to listen to podcasts while he sniffs every blade of grass in our neighborhood, but I’ve gotten back into audiobooks. Assuages some of my guilt for not reading much anymore despite being the son of a librarian. This morning I finished a book I’ve been seriously enjoying. It had one of those perfect endings that I didn’t see coming, but when it happened seemed inevitable.

Typically around nine I’m caffeinated enough to ease into my day with some attempt at clearing my desk, both literally and figuratively. Visual noise in my workspace makes it hard for me to concentrate, so I fight back my predilection towards clutter and start with a clear desk and a (mostly) clear head. That calm will not survive the day. The figurative desk-cleaning comes as I read my emails, respond to comments on PRs or documentation, and make sure to read all my Slack messages. Taking some quiet time for this asynchronous communication helps me ramp up gently into the day, preparing my awareness of what threads and topics are going to carry over from the day before and what new adventures await.

At least, that’s the plan anyway. No plan survives meeting the enemy and no quiet morning survives building software. Today, I make it all the way to 9:24 before being derailed to deploy a release to a testing environment before the cross-team QA run-through that begins at 10 a.m. We strive to ship quality work, and the QA meeting is vital to that process. Members from different teams across the project come together and manually perform the critical operations needed to complete the workflows through the app. We’re still under active development and not in production, so things break… but that’s why we have this step.

On Fridays (oh no, I just realized it’s Friday the 13th…) our dev team, combined with product designers, take to Slack rather than video call to do our morning sync (or ‘Zaps,’ a nickname I’m trying to get to catch on, after the name of the lightning bolt emoji, a reference to the official name of the meeting: ‘Lightning Round’). At the end of the week energy can be harder to come by, so we cut down on quarantine-world video call fatigue in an effort to stay on track. It’s much appreciated, and has been a boon for my productivity in the waning hours before the weekend. Little process optimizations like that are a joy to uncover: we can focus our energy on providing more value for our clients and the software’s users, rather than spending that mental capital on routines with diminishing returns.

Something unexpected happened this morning, and the unexpected is just about the only thing you can expect on any given day. I wouldn’t say it was a difficult problem, but it did require the attention of more developers than hiccups tend to. The obvious first answer about the cause of the problem is that it’s Friday the 13th, but I haven’t seen any black cats, and some digging uncovers that it’s a configuration issue on a network outside of our particular slice of the cloud. We talk to the people who work with it and get a correction figured out. I’m heading off to our all-company Zaps with my fingers crossed that this morning was the bulk of what this inauspicious day has in store for us.

Usually I break for lunch right after company Zaps, but today some carryover solutioning from the morning’s fun and games has me pairing with a Tandem teammate to SSH into a remote server. Using the terminal to communicate with a far off computer, with only text on a black screen as an interface, still feels very slick and makes me think of hackers from the movies. This is probably the closest I get to the pictures in other people’s heads about what a software engineer is and does. We were creating some basic test data in a test database, so no one is going to write a movie about it, but trust me, it’s exciting within the context of the project. Workplace ‘you had to be there.’

I grab a lemon and blueberry protein bar from my box of snacks that Tandem has sent out to us. I’m on my way to a meeting with our client and another development group to hash out how our app is going to talk to a new system that’s being developed. The protein bar is just to hold me over for the thirty-minute discussion until I can have a delayed lunch break. Skipping lunch only leads to more stress and headaches in the long run (and is certainly not a Tandem-approved practice), so I’ll be sure to take some time to re-energize and look away from laptops for a few minutes before pairing on JavaScript tests next.

I just finished up a mob pairing session with four other members of my team. There were some sticky wickets to work through and we took them each in turn. Many eyes can make short work of any conundrum, and we helped each other get unstuck one by one. Mocking out dependencies in some front end tests, git rebasing and merge conflicts, and React infinite re-render loops: these kinds of problems are good to address together because they’re common roadblocks whose answers are generally applicable in other situations. We were able to walk away from that session with some tools and knowledge that might be relevant to our next chunk of work, whether that’s next month or later today. It would have been very different if the causes were niche convergences of rare situations, solved problems without usefulness beyond the specifics of their one instance. We got lucky this time, and it felt like a productive pairing session for those tickets, and for our own growth as skilled developers.

I generally end up working until I finish a thought, or run out of steam and enthusiasm for a particular task. I’m never in danger of working into the night, long after the effectiveness of continuing has left me, because Tibetan Spaniel mutt-of-my-heart Henson has apparently learned to tell time. Without fail he finds me shortly after 5 o’clock to go outside and patrol the neighborhood, keeping us safe from squirrels and men in hats. It takes a little longer to get out the door today because I’ve just finished reading The Girl With All The Gifts, a work of post-apocalyptic genre fiction I cannot recommend highly enough, and I’m having trouble deciding what to start next. I don’t have time to make up my mind and in-between-book podcasts it will have to be: Henson is having nothing to do with my indecision.

As our world has shrunk to the size of our apartment, my wife and I have ramped up a bit in some creative projects. I’ve been putting a new 3D printer through its paces, casting keyboard keycaps with ‘artisan’ aspirations, and sculpting video game console mods. She’s been building up a strong #bookstagram following making good use of the prismatic filtered light that comes in through our front window.

Besides postponing lunch, this was a generally average day at Tandem. Goals are accomplished, surprises arise, surprises are conquered, and we do it all together.

Do you want to work with Aji and the rest of the Tandem team? Check out our Careers page to apply for our open positions!