All Blog Posts
Say Hi
Back
What Did Tandem Learn from Sitting Down with High School Students? 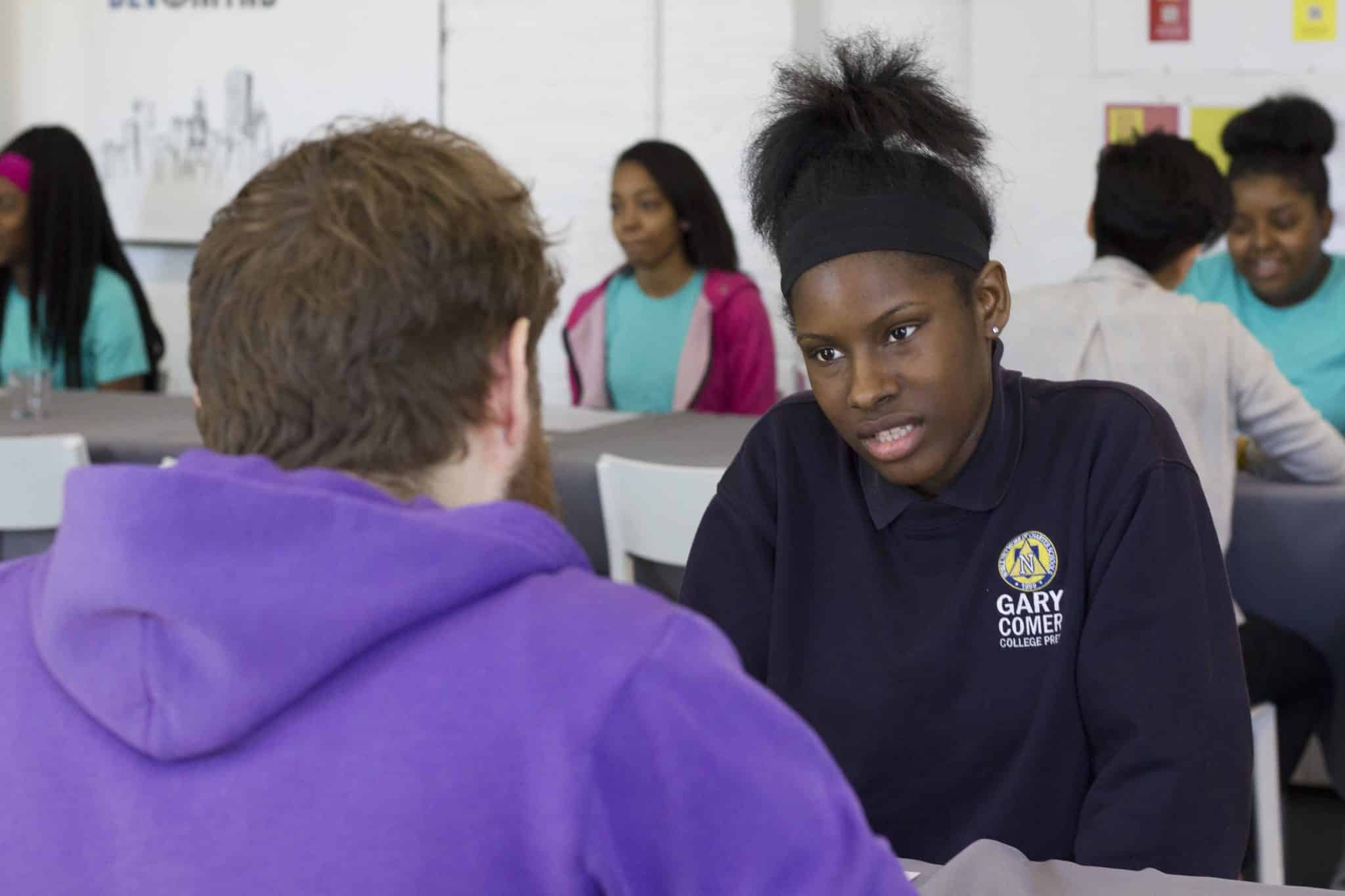 What Did Tandem Learn from Sitting Down with High School Students?

What does a group of 16-year-olds have in common with Tandem designers and developers?

This isn’t set up for a punchline; we actually went and found out. The answer, we discovered, is a lot more than we had realized. The Tandem team learned an important lesson about what can come from making time for genuine connection.

One morning earlier this spring two facilitators from Embarc, an experience-driven Chicago education organization, brought a class of high school sophomores from a south side charter school to Tandem for a “Community Social” event. The students in Embarc’s program were in the middle of a networking curriculum and the event was a way for them to put what they’d learned into action with a group of professionals. For Tandem it was a chance to inspire young people about working in technology. The facilitators led a series of discussion activities where Tandem team members chatted one-on-one with the students.

Our assumptions of how teenagers think about themselves and their future were shattered by two hours of sitting down and talking to high schoolers, not as teachers to students or adults to kids, but as equals. It turned out they weren’t nearly as different from us as we expected.

The Tandem team was a bit apprehensive about the event. “So it’s like speed dating?” one teammate had asked me a few days earlier, trying to understand what to expect. The day of the event before the students arrived, the team mingled in the kitchen with a nervous energy. Would we have anything in common with these teenagers? Would they be interested in us? What can we talk about?

When the Embarc students arrived, they seemed a bit nervous too. Coming across the city, facing a group of adult strangers in a new place, being expected to act “professionally;” it was no wonder if they felt some pressure. Maybe they had the exact same concerns our team did.

The event kicked off and the questions started out easily enough – “what fictional character do you most identify with?” or “how would you survive a zombie apocalypse?” As people chatted, a buzz in the room developed, smiles appeared and lingered, and questions to follow up on were mentally logged. By the time we were sitting down for longer conversations, students and Tandemers were having heart-to-hearts about questions like “what do you want your legacy to be?” We swapped past stories and future goals. 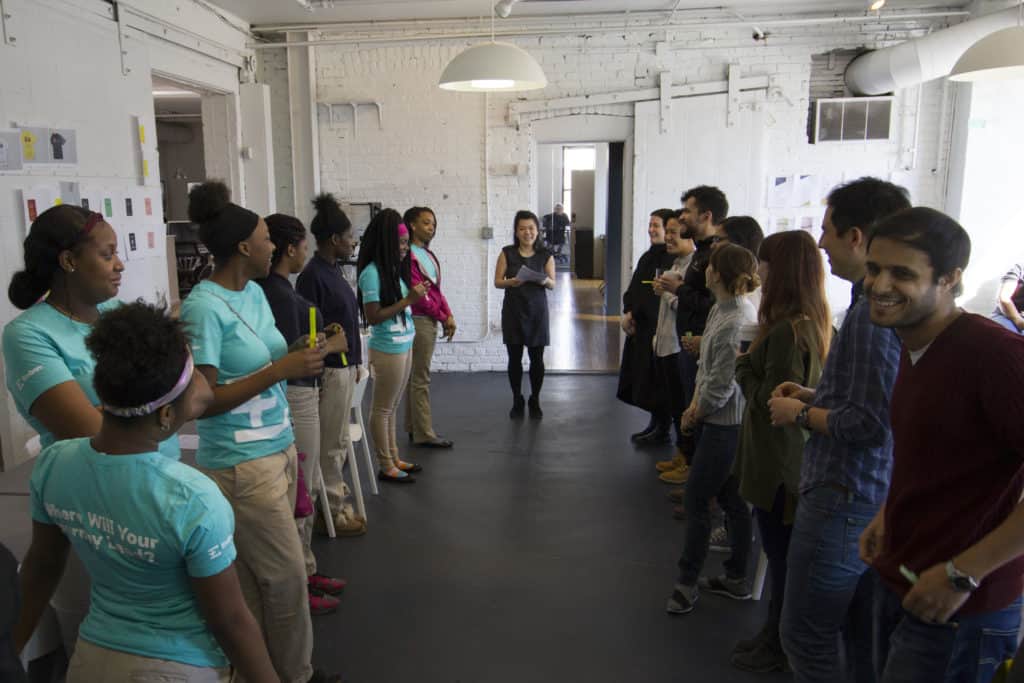 “These are some badass kids”

The Tandem team marveled at the poise and wisdom of the 16-year-olds in front of us. They were ambitious but pragmatic. They shared personal stories of pain and loss but had clear ideas of what they might like to do after high school, after college. They were only 16, but they had it together.

As one of our team members put it, “talking to [the students] and hearing their stories made me realize you can’t discredit them just because they’re high schoolers… Chicago schools on the south side [also] have bad connotations. This destroyed all those preconceived ideas. These are some badass kids.”

One Tandem teammate told me how her powerful initial conversation with a student led to a follow-up conversation over lunch. “The students were so honest and open. One student told me about a locket she wears to remember someone who passed away recently, and how she’s had to work through anger issues… It felt like camp again – people sharing incredible stories once you were able to crack open a shell. That student felt comfortable enough to pull me aside at the end of the event to ask me more about myself: ‘Do you like work? What do you do here? What do you like to do?’”

Another teammate told me how he connected with a student about transferring schools, which led to a deeper conversation about trying to follow your interests. “I had transferred schools too when I was younger. [This student] had her head on straight. She knew what she wanted to do. I was impressed – I wasn’t that put together in high school!” 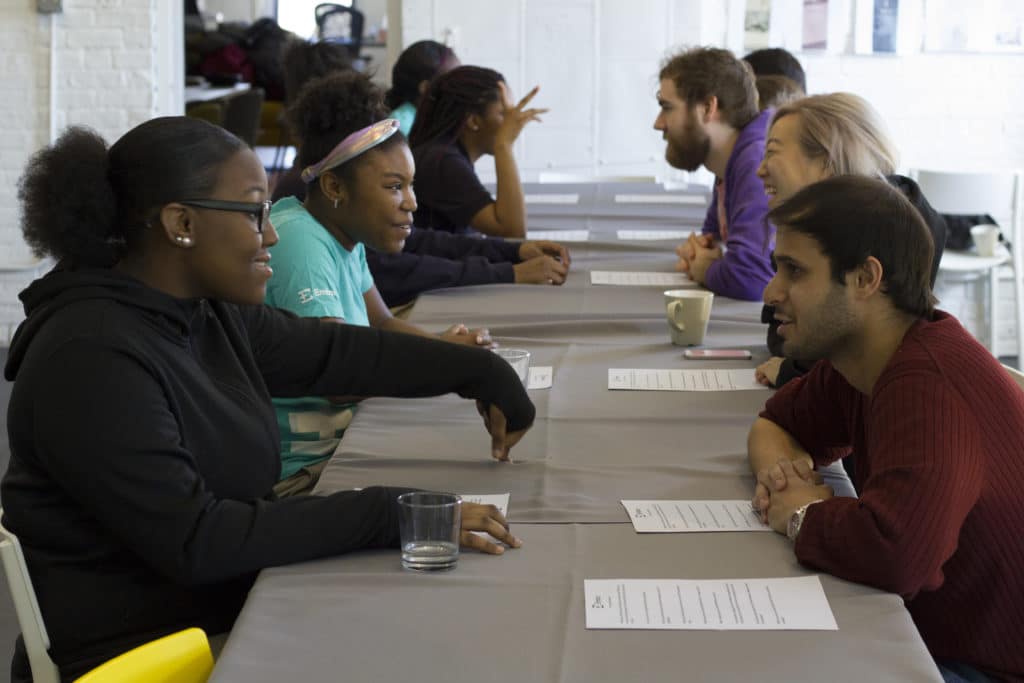 Should we really be surprised to find wisdom, poise, and common ground when we make the time to sit down with someone and relate to them as an equal, regardless of who they are and how old they are? That, I think, was the power of this event. Being brought into space with someone of a different age and background than you, finding a nugget of shared interest and using that to connect to each other. Isn’t being connected with other human beings why we get involved in anything?

When we first talked with Embarc about doing an event at Tandem I saw it as a first step toward something project-based, like a design or coding workshop with students and Tandemers. The Community Social event made me consider that making time for honest conversation, sharing stories, and getting to know people could be just as valuable – if not more – than the sharing of knowledge. Is connecting with someone as an equal — someone you thought was much different than you — more impactful than attempting to teach them something?

This Community Social event could lead to opportunities for more workshops or student mentorship, helping students with life choices and Tandemers with challenging our own assumptions. As we do activities with new groups of people, whether they’re students, partners, or clients, we need to remember that personal connection is as equally important as knowledge exchange.