What Surprised Us About Working In Tech

All Blog Posts
Say Hi
Back
Tandemland: A Board Game Made in Tandem 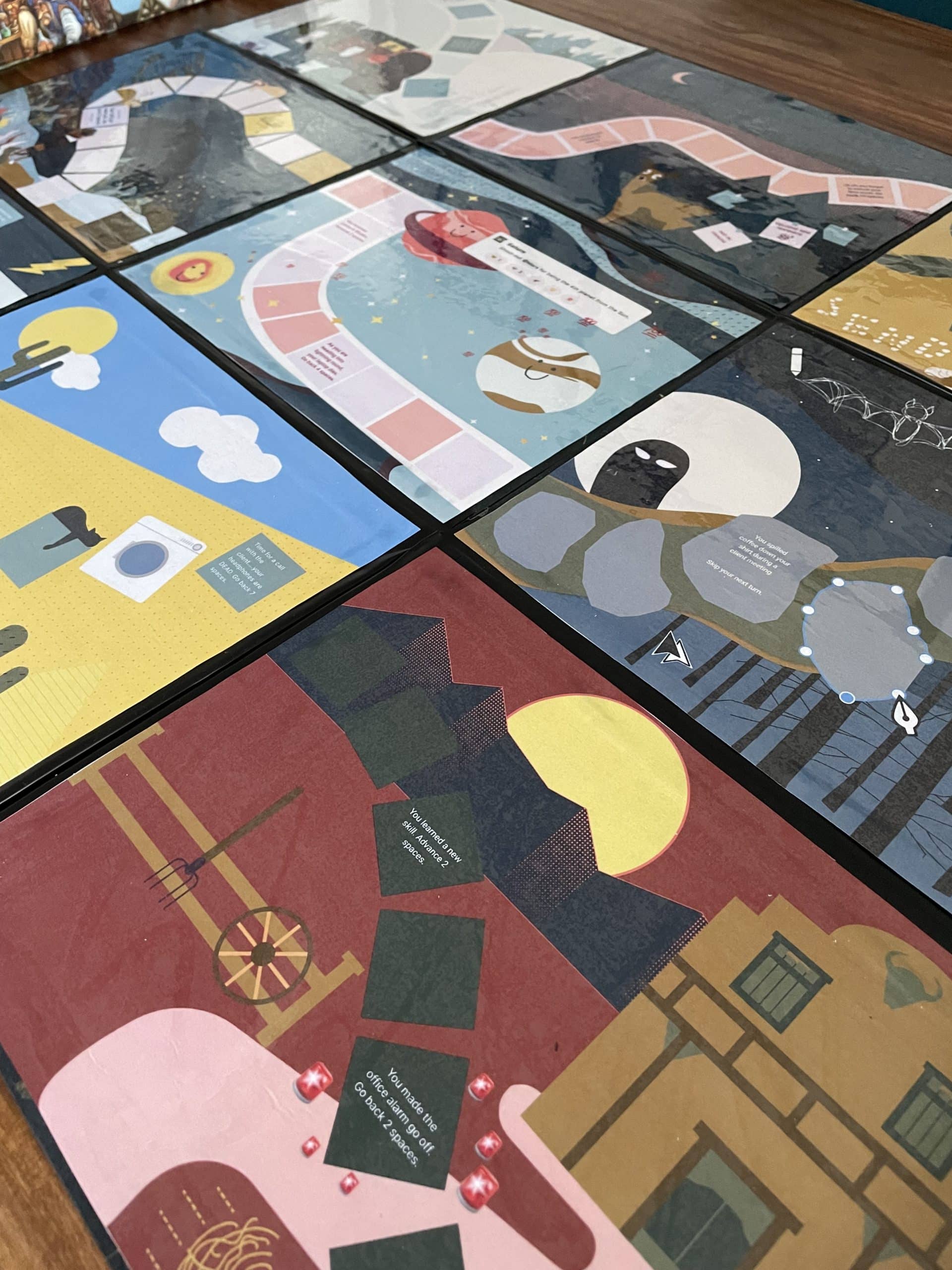 Tandemland: A Board Game Made in Tandem

During the 2021 Tandem Design Summit, we ran a creative exercise to create a board game using the talents of all the designers at Tandem. The goal of this exercise was to inspire the designers to create something collaborative, get in touch with their inner child, and delight the company with what we create. It was a perfect exercise for this year, the 10-year anniversary of Tandem as a company, because it really got to the heart of the ‘beginnings’ of every designer and looking at how far we’ve come. It also was appropriate because it highlights all the great things that design brings to Tandem, which originally didn’t have a design discipline when it launched as Devmynd in 2011. 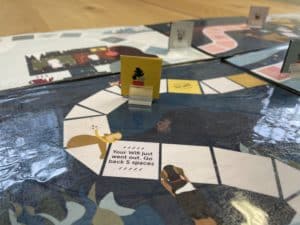 The Design Summit was mostly in-person, however we had one person calling in remote. Because of this we decided to create the graphics for this game within Figma. Originally we had planned to give everyone craft paper and markers, but we’re extremely pleased with the digital outcomes we got from the final product. Illustrating in Figma is a collaborative process since everyone is in the same document at the same time. In Figma, you use shapes filled in with color, lines and other special effects to come together and create an illustration.

We divided the board into 9 sections/artboards, one for each designer. Each section has indicators for where the “path” of the board game started and ended (so they all were connected). Each designer picked a “Setting” and a “Subject.” Settings were things like “Wild West” or “Underwater” or “Spooky Forest;” Subjects were Tandem-Themed like “Coffee Chats” or “Lunch Money” or “Carson’s Cats”. After selecting setting and subjects, each designer also picked a Challenge and a Celebration. These were Tandem-themed obstacles to overcome that would be placed along the Tandemland path.

The only other general guidelines we gave were that each board game space should connect by a path and Tandem colors were encouraged. We worked on these for the time allotted during the summit, and everyone had a few additional weeks to finish up their designs before the Tandem 10-year anniversary party, where the game was played.

Behind the scenes, we created a physical board game (that actually folded up!), instructions and pieces. Amy has bookbinding experience and used book binder’s board/fancy paper to make the sections of the game and connected them with electrical tape. It was quite an endeavor to create a successfully folded end product but was so worth it. 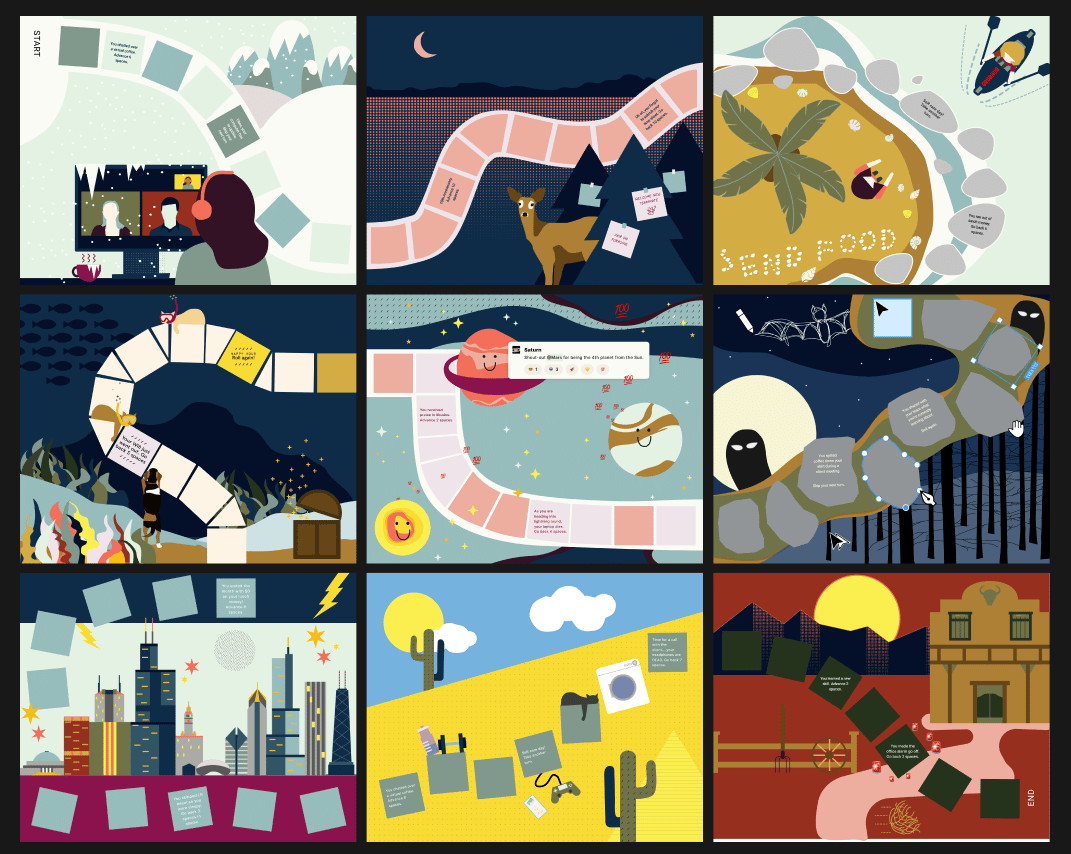 The final product really is stunning. It really highlights everyone’s design abilities as well as is just a fun party game to mark this 10-year milestone here at Tandem.

McKenzie Landorf
Continue Reading
Let’s do something great together