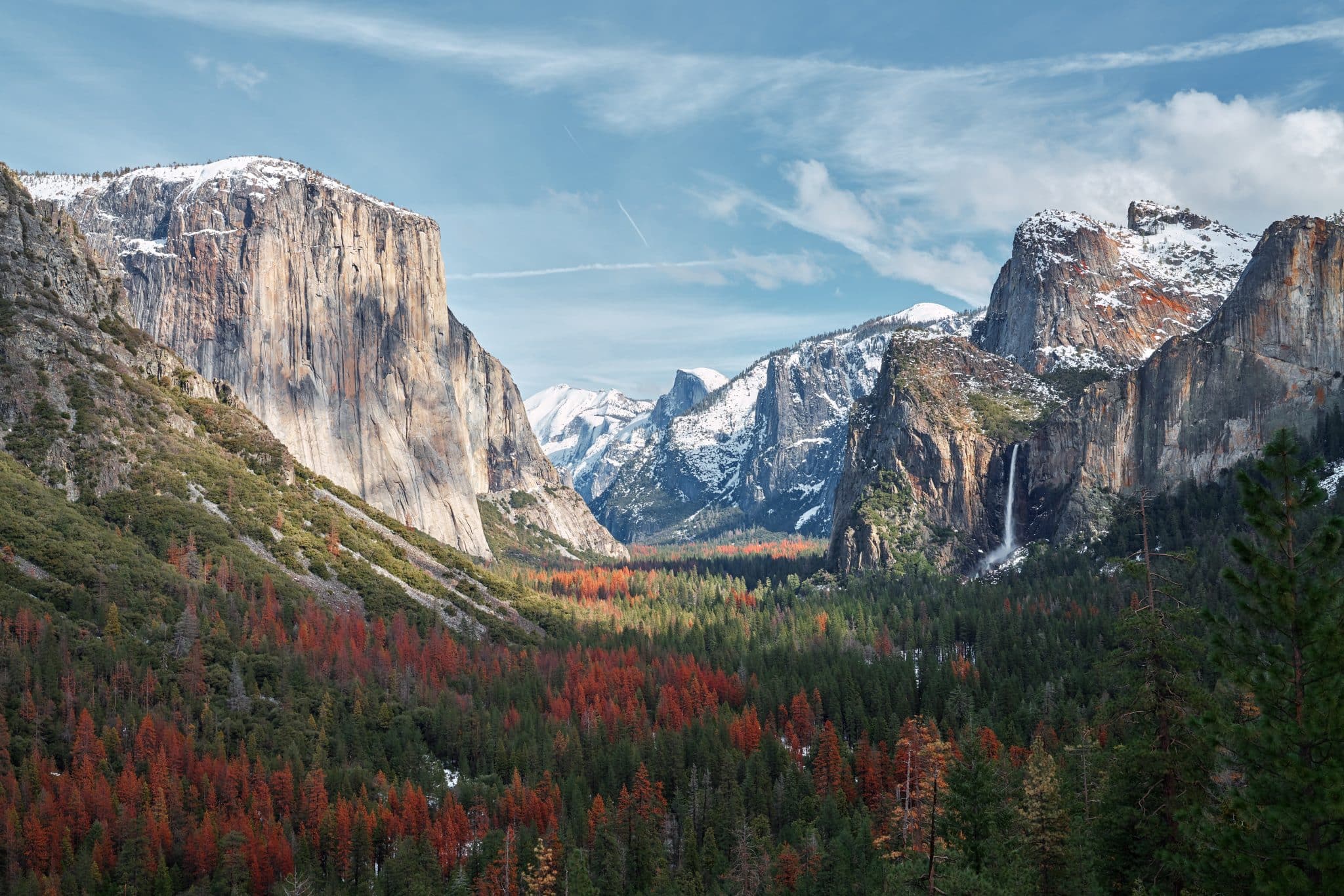 We’re back with another edition of Tandemite Tuesday, where we take a some time for our employees to wax on what they do and what they like or dislike about it.  This week, we sit down with Matt DuBois, a Software Engineer who joined Tandem in 2014.  Matt is one of our San Francisco employees and has a unique perspective when it comes to pairing remotely. 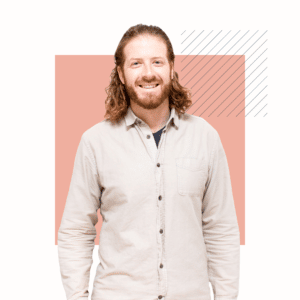 How did you get your start at Tandem?

I guess I really started becoming interested in programming in high school, actually. I was in a math class that had a computer-loving teacher, and we wrote math based games. I wrote a vector based math game in True BASIC, which was a programming language that’s probably not used anymore. It was actually deployed on the school computers for students to play in the math lab, so you could load up the game and play it.

In college, I studied engineering, so I took a couple of computer science classes, but never was interested in going into that field. I didn’t even know that was… I didn’t know there were jobs in jobs this field.

I started my career as a management consultant after that, that was my first job out of college and I was doing heavy data work, so I learned a lot about databases and solving business problems with data. Essentially, I was programming, I just didn’t know it. I was writing stored procedures in SQL and managing code that I thought was just what spit out the report that I needed.

I love using technology to solve problems for me and for my clients, but I didn’t really love being in the world of finance and corporate strategy. I didn’t see a future for me in that. So I just thought a lot about what made me happiest at work, and it was using technology and working with data.

That discovery led me to enroll in Dev Bootcamp. It’s a 19-week course that is geared towards self-taught, limited experience programmers and you learn basic web development skills. They teach you everything from HTML to Ruby on Rails with some other skills mixed in.

After the program, I was reading some blog posts and learning about different companies. I read a post on Tandem’s blog post and this email sent out to whoever, asking if I could pair with a Tandem employee, and got an invite to interview. I was lucky enough that the timing was right for the apprenticeship program. So, I met with a few people and joined as an apprentice, and that was four and a half years ago.

How would you say that you have evolved as an engineer over the course of your time at Tandem?

Five years ago, joining as an apprentice, I was eyes wide open, just figuring out how to contribute in any way, learning as much as I could, being really green, where I’m just wanted to help out the team. Let me help. Let me write a test or let me do one thing I know I can do and then get some feedback on it and make it better.

Then I started to develop features and fix bugs. I learned how to talk about programming, and how to open a PR with the right level of detail. I had never worked with any designers or had never thought about user experience or anything, so now I learned that, as well.  I always used to know what I liked, but I never knew how to put that to screens or words, or, just call it words. How to make a valuable product. I didn’t know the correct words to talk about making a valuable product at that point.

So, a couple of years later, I worked on projects, just me and a designer. I’ve led solutions, built prototypes for clients, kind of fully in it, but not quite great. I was getting my mind blown every day and was happy to sling code, get stuff out there, maybe too fast.

Now, two years after that, I’d say I’m more thoughtful in my approach and have a more critical eye. I’ve been leading teams. I have experience in way more languages and frameworks and types of software, doing web and mobile, doing devops stuff that I never could have done two years ago. I’ve built on that consulting experience I had before, but now I focus on being more of an advisor to the client.  It’s shifted more to a client wants to listen to me because my ideas and expertise are valuable to them.

I love learning new industries and new domains. As an example, I was very curious about the auto industry. What are the inner workings? So, I had a project I worked on in that space that answered some of those questions I had.

I feel like Tandem is special because you are often the technology arm for your clients. And so, you’re driving the changes, you’re not just an order taker.

I like, also, the nature of staying with the latest trends and working with modern technologies in consulting because it changes so fast. Stuff you used to use two years ago is now outdated, and there’s always something new. It’s impossible to keep up fully, but in consulting you have the opportunity to always be refreshing your skills. I don’t have experience at a product company, but I’ve worked with plenty of developers who have, and they might love it, but not everyone loves anything forever, which is why I like consulting. 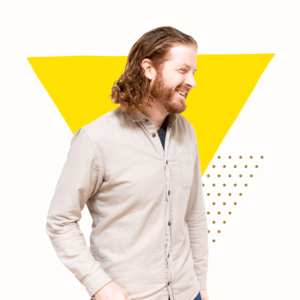 How would you describe your average day at Tandem?

I’ve been in San Francisco for two years now, and I feel like I’m settled in my routine and I’m able to be a part of the team, remotely. We have a great set of people here that really enable remote work, I would say. My day is definitely starts fast because I’m trying to just catch up with the Chicago team, so I jump right in.

Usually, I’ll jump on Slack first thing and just message the team. I check in to see who I’m going to pair with, or if there was anything I was working on the day before  we need to pick back up. I’ll take our company stand up call remotely using Google Hangouts. So I do constant video conferencing with the team. Plus, our design team is great about putting all the screens up on whatever tool they’re using at the time, usually either Zeplin or Invision.

I’m doing remote pairing as well. We use Slack or we’ve been doing VS Code Live Share. VS Code Live Share allows you to have multiple people writing code in the same environment. So, I can type on my computer and it’s going into my pair’s computer directly. It’s a pretty awesome tool. Slack allows you to do screen share, too, but you can’t access your pair’s screen. You might notice in pair programming that you do point at things, so I love the drawing tool in Slack to point out syntax errors or other things to call out.

I have to take a break for lunch and maybe there’s some other meetings. The Chicago team finishes up before I do, so by the end of the day I’m normally working solo, so that’s when I take care of anything that’s non-product related.

Also, it gives me a chance to open whatever PRs I want to open that I might tidy up or I will pick up a small bug to work on in the afternoon. I see the end of the day is when I have my time just to work on any PR that has a significant amount of writing to do, or If I need to think critically about anything. I want to be as available as possible during the rest of the team’s availability, so I focus on doing my solo work when they’ve logged off.

How would you describe your work/life balance?

I love the flexibility that’s offered here, and I really value that I can work from home when I need to, if I’m watching the dog or if I have a package being delivered, or if I’m just not feeling like my full self, I can take some time to work at home, which is great. In our handbook it states that we don’t want people working more than 40 hours a week, and everyone pretty much tries to stick to that. I think there is, for me, personally, the sense that I can take a break and come back. I find I need to take a break at 5:30 or 6 and go exercise or grab dinner or get out, change locations, maybe. But then I might read technology or programming books and articles at night, and maybe it’s not writing the code, but I do spend time thinking about the code. You hear about people solving bugs in the shower? I do that all the time.

What do you like to do when you’re not working?

Going to see live music would be my happy place, so I’m going to shows every week and I like all sorts of different music. I don’t play anything, but I’m an appreciator.  I also like to cook and I just got an InstantPot and I’ve been using it for every single meal. I was honestly scared of it when I first got it, but it’s just a button that says “chicken” that you press and it’s fine.  But the sounds coming out of it are kind of scary.

Is a hot dog a sandwich?

Yes.  I think the bun shape doesn’t matter as much as what’s inside.  A sandwich is some meat, some bread, and some toppings.

Like what you read?  Want to learn more?  Tandem is hiring!

Kelsey Pierson
Kelsey is the Marketing Coordinator at Tandem. She manages the company's content, events, and social media. She has been with Tandem since 2016.
Previous Post Product development vs consulting: How Tandem does software consulting differently
Next Post Tandemite Tuesday: Variety, Code Quality, and Spinning Wool
Related Blog Posts
Culture
Culture
Tandem Roundtable: LGBTQ+ Perspectives on Working in Tech