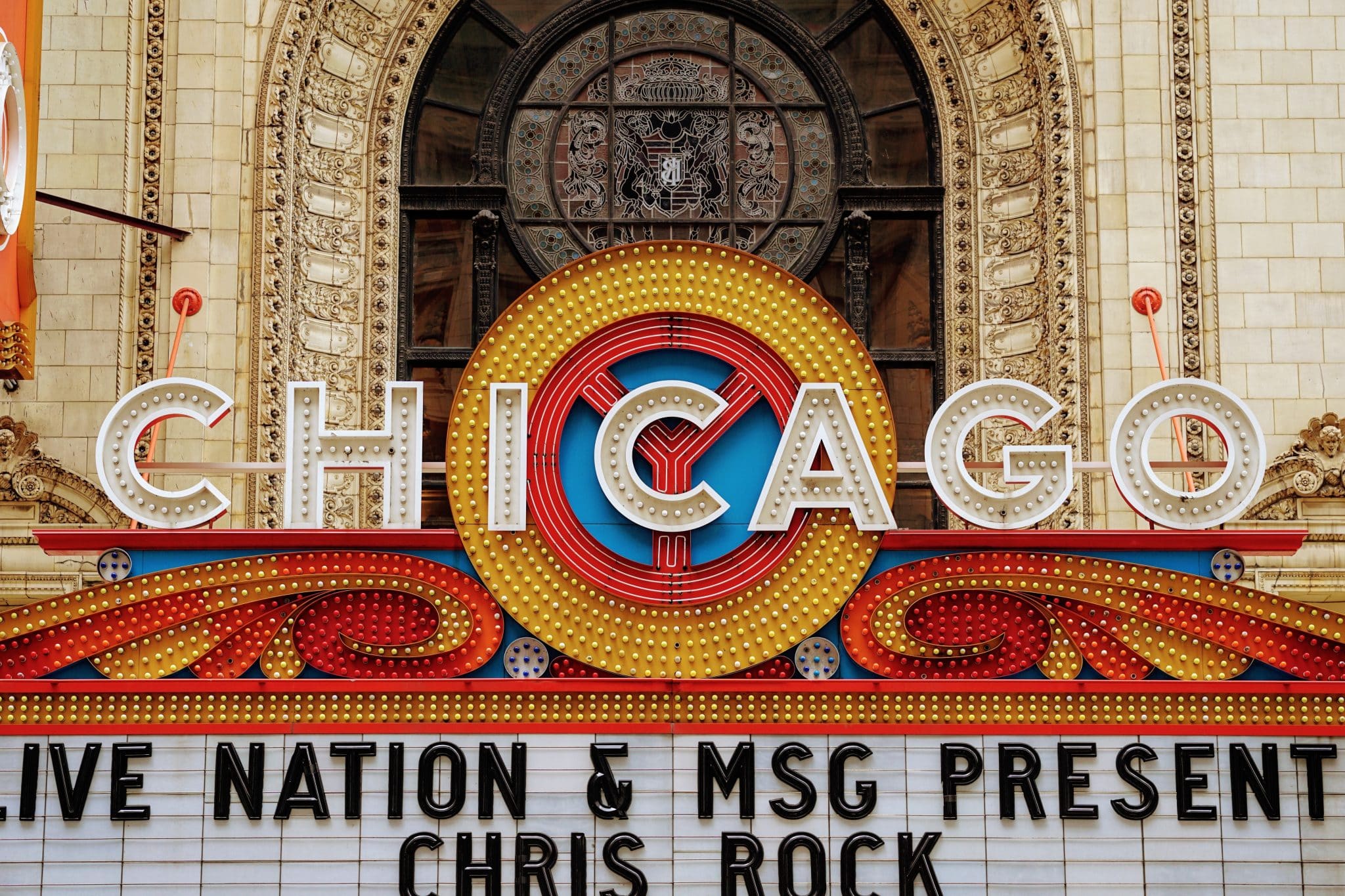 How Theatre Made Me a Better Software Consultant

I didn’t follow a traditional path to software consulting. Frankly, I started in the opposite direction.

I get looks ranging from bemusement to horror when I tell colleagues or clients that I have a degree in medieval history (Technically, it’s a history degree with a focus in pre-modern Europe, but that doesn’t make it any more relevant.) I didn’t join any entrepreneurship clubs and I didn’t spend time doing anything related to coding or designing for fun while growing up.

Most of my free time was spent singing or doing theatre, and along with my aforementioned degree in medieval history, folks in this industry are often surprised that I’ve ended up in the role I have. But frankly, I think it has made me a better software consultant.

The term “soft skills” gets thrown around a lot when people talk about roles like mine, where the main focus of the position is to “do business.” It’s true that it’s much harder to pinpoint what skill is being used to make a client stakeholder trust you versus proving that you understand color theory or can write effective unit tests. However, I do think there are “hard” lessons that all client partners, product managers, and other people-facing-people can learn from and apply to their practices. And theatre was the way I learned those lessons at an early age.

Below are the four biggest lessons I learned from theatre that I use every day in my role as a consultant at Tandem. And yes—I am going to spell it “theatre” rather than “theater.”

Lesson 1: The Show Must Go On

In theatre, just like in software projects, there are deadlines. If the show isn’t ready, if the actors and musicians are not prepared and don’t know their respective roles, and if the costumes and set pieces aren’t done, the production is going to flop, which will result in angry producers out lots of money and disappointed ticket holders.

I made a quick sketch of confidence in any theatre production over time:

And then created a graph of the confidence in the delivery of a software project:

Which shouldn’t be surprising. In both cases, the goal is to produce:

Like any other art form or sport, there’s intrinsic value to needing to literally perform. Standing up in front of others and then executing is an invaluable skill to learn at a young age.

But the more important lesson is that the peaks and valleys are the process. Everyone is going to kick off with excitement; there is going to be an “oh sh*t” moment about halfway through the production timeline where you realize that you’re potentially behind; and, as long as you prioritize what is absolutely essential for opening night, it will magically come together in the end (even if it doesn’t seem possible a week beforehand).

Understanding that the ups and downs come with the territory was critical for instilling my sense of ownership over my projects, navigating my own mental health mid-project, and effectively communicating with my clients and teams when something was really wrong versus when we were just in the expected “hell week.”

To summarize (and butcher) centuries of performance theory, most acting methods boil down to techniques and exercises that help an actor inhabit a role subconsciously. Once the actor can believe they are the character, the audience believes, too.

So how do you inhabit all these different characters (or, in business speak, “wear all these hats”) at once?

I’ve found the best way to do this (especially when I’m taking on new responsibilities or have some anxiety about a role I’m filling that is particularly challenging for me) is to study the role I have to play like it’s a character I’m performing. What does a good performance of the fearless leader look like? What about my personality and impulses naturally lend themselves to inhabiting this role? What parts of playing the role scare me and who can I look to for inspiration to help distance myself from that fear?

The next step of actually performing as the character I’ve chosen to play in a meeting can also be frightening in and of itself. There’s inherent risk to performance, just as there’s risk to trying something new and going out of one’s comfort zone. But from years of performing, I’ve learned that as long as I’ve done the prep work of who I’m playing and why I’m taking on character attributes—while making sure to keep it connected to my own genuine impulses and experiences—jumping in and just trying it has been a freeing (and largely successful) experience.

What I’m not saying is to “fake it ‘til you make it.” What I am saying is that by thinking about what a great performance in the role I’ve needed to fill would look like and then taking the leap to try it, I’ve been able to distance myself from the fears I have about my own personality coming up short and instead play to my known strengths. And in the process, I’ve also found strengths in myself that I only thought possible in others.

Superstition is a big part of theatre, and the most famous example is to wish someone to “break a leg” before a show. Never “good luck.” That’s bad luck.

On the one hand, this is just superstition. It’s the same as knocking on wood to keep a bad thought from manifesting itself or a baseball announcer not pointing out an in-progress perfect game in order to keep from jinxing the pitcher.

But I think saying “break a leg” instead of something more positive was an important lesson for me in adopting a healthy level of pessimism in the work I do.

“Break a leg” is inherently pessimistic. By not saying “good luck,” you’re conserving your luck and hedging your bets. It’s the opposite of Rhonda Byrne’s The Secret—you manifest your dreams by not saying them out loud for fear that they might fly away. And although pessimism may not be the best way to live your daily life from a mental health perspective, it is a good way to operate while making software. Everything is always more complicated than you could have imagined, and there’s always a potential den of snakes under the next rock you pick up. So having a professional pessimism towards estimates or something being “done” is important and useful and will serve you in the long run.

However, it’s also important to remember that “break a leg” is really just a stand-in for “good luck.” It’s code, said with a wink between collaborators. It’s a pledge to each other that says, “I don’t want to do anything that might mess up our performance, but I really do want you personally and us as a whole to succeed.” And that’s the real takeaway here: being able to communicate with teammates and clients that we’re going to be realistic, but we all want to succeed together, and I’m going to do whatever I can to make that happen.

A written play is meant to be a linear event with a set sequence of plot points and character choices that lead us to the final bow. But when a play goes onstage, it rarely goes exactly as planned.

I was in a show once where the focal point of a key scene, a crystal bowl, slid off the table and shattered on the stage. For a moment, everything went into slo-mo. My scene partner and I shared a quick look of terror as we realized what had happened and how many upcoming lines revolved around this one prop. And then we leapt into action, giving our words more meaning by using the shattered bowl to underscore the shattering of our characters’ relationship.

It worked out that time, but it’s not always easy to improvise when things go literally off script. It would have been harder to cover and work around had the bowl not actually been glass, and instead had fallen and bounced!

Improv as a business skill has been written about many, many times. So I won’t go into detail about why it’s useful to be able to think on your feet or how actually listening to others and reacting truthfully to what they say would be helpful. But it does bear repeating that things will go off-script, so it’s important to remember that it’s okay to feel lost in that moment and trusting your gut is the best way to get back on track.

At the end of the day, in every profession there are steps that everyone has to take and lessons that everyone has to learn to advance. The skills are critical, but the experiences needed to gain those skills can’t be rushed. Similarly, the more experiences someone has (whether or not those experiences are relevant to their career), the more laterally they can think. Diversity of thought is the best tool someone can have in consulting, and my theatre and performing arts background has served me better than any formal “business” education.

By taking a less-than traditional path to tech, I learned important lessons early on and through a different lens, which I truly believe have made me a better consultant.

My experience isn’t unique at Tandem, and it’s what makes Tandem particularly special. We’re a diverse group of thinkers who apply our unique lenses to software and business challenges, which results in better results for everyone involved.

Want to chat about your next project or just talk about the Chicago improv scene? Give me a buzz at josh@madeintandem.com

Josh Linden
Continue Reading
Let’s do something great together