Stuck on a Software Problem? Here's How to Get Unstuck. 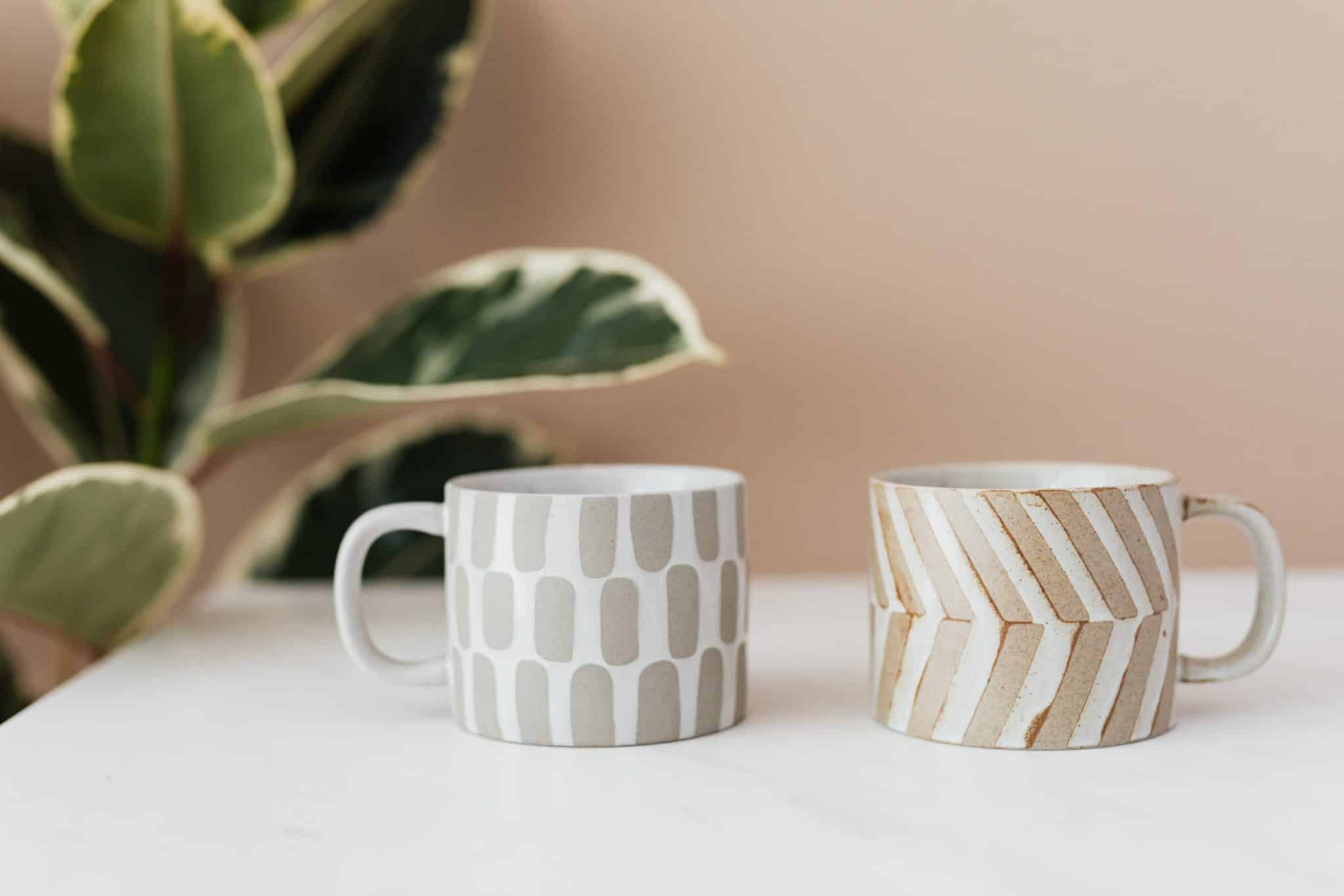 In today’s roundtable, three Tandemites sat down to talk about their experiences as women in the tech industry and at Tandem.

Do you think the tech industry as a whole is a good place for women?

Mia: The tech industry is a very big place and I’ve had a wide range of experiences. You can’t make an overarching yes or no statement: I would say it depends on the culture of an individual company and what leadership looks like.

As an engineer, I’ve had different experiences than say, data scientists. There are so many women who are data scientists, so they usually aren’t the “only one” on their team. But with a majority of my experiences in engineering, I’ve been the only woman and almost always the only Black person too. If women or other people of different genders aren’t around, it doesn’t necessarily make a team bad — but in my experience, it felt very maligning being the only one.

Nora: Sometimes the people who are already on a team think they want to diversify but then act differently toward women who join the team. For a while, I had this hypothesis that it mattered where the company was geographically. Listening to Mia talk about working at two different places in the same region, I was surprised that the company that was supposed to be a cool, progressive place actually wasn’t at all. Is it a problem with the leadership in an area? Is it the people in the industry in that area? I really wonder how that will change now that things are remote for so many companies.

McKenzie: I think it’s beneficial for the tech industry to have women, but I think it can be damaging to women to be in the tech industry. Not even just women, but POC, nonbinary folks, queer folks, anybody that is different than the set of people in the industry — it can weigh heavily on you to be that first “different” person on a team. But these people provide a unique perspective, which helps a digital product be better.

What can companies do to be more inclusive to women and people of all genders?

McKenzie: It would start by giving everyone a seat at the table. You can’t have all your women at entry-level and call yourself an inclusive place. More often than not, the change you want to see needs to happen in leadership. If you have no POC, LGBTQ+ folks, or women in your company’s leadership, that’s probably why you don’t have many in your company overall — and that leads to a bad company culture for those groups of people.

Mia: Something that comes to mind is an experience I had at the “progressive” company Nora mentioned earlier. Last summer, during a lot of the BLM protests, there was a lot of ignoring and pretending nothing was happening. One of the things I thought they would do is hold mandatory training on racism and consequences for inappropriate behavior at work. However, they made the training optional, and nobody signed up to do it, so they didn’t actually do it at all. That’s one of the reasons I left that company and came to Tandem.

If a company wants to make its workplace better, I think education shouldn’t be an optional, one-off thing. One of Tandem’s core values is acting with integrity, which means doing what’s right for the team. Having training at onboarding, quarterly, or yearly reinforces the idea that even though somebody may look different from you, their experiences and feelings are valid.

Nora: I think a way to make it inclusive is developing a leadership mindset that you are never done, that you are never complete. One thing that annoys me about tech is that for so long, tech has been decided by white men and their friends in San Francisco. Nearly everything we consume on our screen comes from this one geographical bubble. I don’t know how they can think, “Yeah, we built something everybody will like!” when their concepts come from people who all look the same and like the same things. Thinking that all the good ideas you could possibly have are in such a homogenous room doesn’t feel right to me. There need to be diverse sets of experiences.

One of our values is continuous improvement, and that’s a part of the overall tech mindset! So I find it hard to not extrapolate that into the culture. Even if you have great engineers in the room, you can never assume you’re out of ideas for improvement.

To you, what does an inclusive workplace look like for women?

Mia: Equal opportunity for all people — giving credit and recognition where due, including everyone’s ideas, and giving everyone the space they need.

McKenzie: Being in an inclusive environment means making everyone feel valued and part of your team. I think working from home makes things like a dress code more inclusive. The dress code being more expressive here is something that I really value. It makes it feel like an inclusive workplace because, at my previous job, I felt like I couldn’t wear things that expressed who I was. I fell into patterns of just wearing a t-shirt and jeans every day because that’s what everybody else (mostly men!) was wearing, so it felt weird to NOT wear that — but it also didn’t feel like me.

What about Tandem appealed to you when you were interviewing here?

Nora: So many women in leadership. I would have whole interviews where I was only talking to women and they were engineers, not business analysts or account people.

Mia: Ditto that. I interviewed with a few other places before joining here. Some of them were based in St. Louis and some were really big companies with thousands of employees — so when you talk to only white guys all day, and the only women or POC you see are the HR people…that’s strange. Seeing people who mirror you is really important in an interview.

McKenzie: Echoing Mia and Nora, Ronda greeted me at the door when I showed up at the office for my interview. She was talking about how she had just run her kids to school before coming to work, and I was like, “Wow. This woman knows what she’s about!”

Julia and Chris interviewed me, and it was great to see a woman high in leadership on the design side. For lunch, I went out with Kate and Ronda, and I valued how I got to talk to women who weren’t in design, because design can be perceived as a more woman-dominated field. So it was amazing to see that Tandem valued women in leadership across a variety of roles and departments.

You all have now worked here for some time — what has been your actual experience of the environment at Tandem, especially as it relates to your identity as a woman?

McKenzie: I loved when Sasha was promoted to manager, I thought that was awesome. Seeing a woman get promoted into that role was huge. We just hired Lin as design manager, so it’s exciting to have another design lead who’s a woman. And at Thursday Shares, our weekly company-wide meeting, there is space for women to lead and teach! Elizabeth, Sasha, and Carson have given presentations recently, and we also had an anti-Asian-hate bystander intervention training led by women. Seeing women actively get promoted to high levels, receive kudos for their hard work, and have opportunities to skill-share is encouraging to me.

Nora: I’ll say this — this is my favorite place to work ever. I am never leaving, I will still be here in 12 years. 100 percent never ever leaving this place.

What is your advice to young women pursuing a career in tech? Are there any mentors who helped you?

Mia: Two things: First, I’d recommend Women Who Code. There are chapters around the country and I’m sure most stuff is still virtual. There are mentors you can find through that network. I was a mentor for them a few years ago. Just being able to meet with my mentee once a month or whatever — reassure them, let them know they’re doing great, and give advice on how to emerge in tech — that was really rewarding.

The second thing is just in general: You aren’t going to know everything, NOBODY in this industry does. Don’t let the naysayers rain on your parade. Do your thing!

McKenzie: I think I would say go for it. Be brave, be bold, step into a space where you don’t know anyone or are unsure. Check it out because you never know where your passions might lie or where you might find yourself really excelling or enjoying yourself.

Use the internet! There are so many free resources, YouTube videos, and online courses. I didn’t attend bootcamp, but the first programming teacher I had in high school was a woman. She was tough but made me feel like less of an outsider in a class full of boys. Find even one friend that you can work with or go to events with, and mentoring is also a great option. Once I was in a professional space, having a mentor was really helpful. Even though my mentor is not a woman, he’s still someone I know that I can call for advice.

Nora: It’s hard because I have a lot of role models in STEM who are women, especially my mom who was such a badass. But all of my early mentors in coding were men who said, “You’re smart — I’m going to teach you, I’m going to advocate for you.” Create space for women to succeed, give them recognition: Champion women, open the door, and then get out of the way. My advice for men is to not shy away from the conversation — allyship is important.

Finding a friend is also super important. Along with being bold, don’t be afraid to involve your teammates in a problem you have. Intentionally gather allies and don’t let people slip through the cracks. There’s something famous from the Obama administration where women would constantly hype up each other’s ideas to keep them from getting drowned out. Little tactics like that can be effective.

Mia: Be courageous. In my past experiences, there have been some men that Nora described who just wouldn’t let sexist stuff go down. But some men might be afraid and think, “If I stand up for a woman, what will happen to me?” And I think that we’ve seen in other situations that there is power in numbers, so if your company is something you care about, you need to push the company forward and make it better. So just stick together.

McKenzie: To women looking to get into tech, I want to say: You have valuable skills. Even if your technical skills aren’t developed yet, you may have a technical mindset, or innate curiosity — there is something in you that will one day catapult you to where you want to be.

Learn more about Tandem’s core values and apply to join our team!